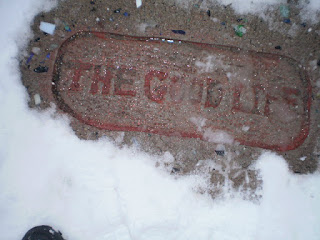 Just a few scenes from around the place to give you 'southerners' an idea of  'what is what'  up here in the great white north.  I understand that you don't care but I can't  care that you don't care.    Hence,  here are some of the adventures that you are missing out on. 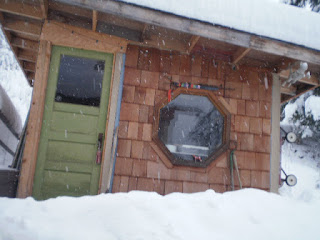 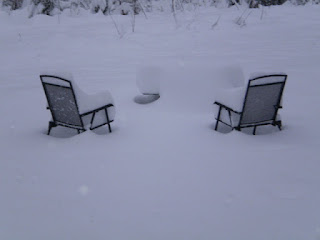 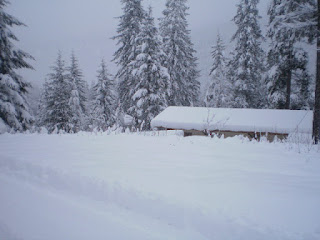 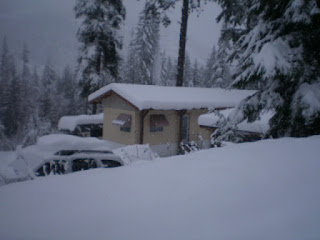 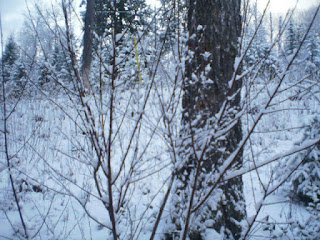 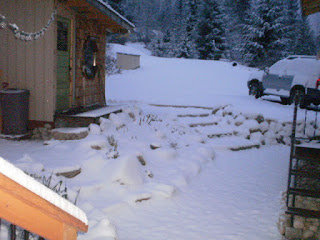 Looks just lovely. Somehow when I first read the title, I thought it said Burned!?!?! Which as I read along, didn't quite fit. Well, not to be out done, here is Southern Oregon have a very thinish layer of show covering the grass and cars. The deer have already tread paths and stirred things up!>!>!

Sun is out and beautiful NEW YEAR.

I admit there is a part of me that is jealous.

And these photos and your description reminds me of that new movie/documentary I just saw the other day; "Happy People"

I feel like I will see you in this film if I watch it. lol