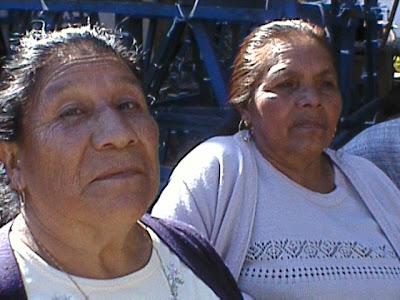 Dare I do this? Yes. Here goes. Why do so many people love Facebook? I do not get it and I have tried now for a few months. When I remember to log on and I start 'peeping' into other peoples' lives via their public messages to eachother, I lose interest very quickly. Let's be honest here, I enjoy a good peep just like anyone else but really, bits & pieces of conversations with no background information are just plain boring. Its like the uncomfortable feeling I get around public displays of affection that seem contrived to make others feel unloved & inadequate. I get that for some people it feels like a good and real connection but I must be missing the F-gene, because I feel even less connected when I try to participate. And don't even get me started on my 'F-friends' list as it is pathetic compared to most others. My paltry list of 6 friends is downright embarassing and a below-the-waist hit to my self esteem on those days of ' partly-cloudy with slight chance of depression'. Perhaps it is that I am too private a person and I prefer to make people work a little harder to know me...the real me...as in having to find my ramblings via this blog. Believe it or not, this is extremely risky business for me to share even this much with god knows who.
Posted by Cowgirl at 16:32

hahaha!! Other than my sister & I, I thought everyone was on Facebook. I'm not. I'm pretty much socially invisible and that's fine. My real friends know where to find me, and it's not in the cyber world!


Even my blog isn't public. It's really only there for me and the few people who's blogs I read. My friend moved home over the ocean and insisted I join Facebook to keep in touch. We'll just see about that. I have yet to give up the old pen and paper!!

I F'd off Facebook long ago when one person I didn't want to find me, found me, of course, via the F-ing network...sorry.... the "friends" network.. Scary CRAZY....

You are not alone...FB is so overrated, oh wait Twitter is even worse. All I found was a bunch of people I went to school with that were having a mid-life crisis...call me anti-social but I have better things to do.

Facebook is admittedly one of my guilty pleasures. Although, it does get boring at times. It's the best for making plans with people you would actually want to see in person or to keep up with people you don't get to see all that often, but care enough to peer into their little worlds.

You realize of course that the same attention whores who invented f-book are the very same people we loathed in high school.
You know who i'm talking about. They're the girls named Wendy who always voulentered to make the posters for the school dances,that everyone except the perpetually perky, hated going too.
They're the efeminate guys named Cory, who feighned gayness to extract an actual personaliity from deep within the recesses, of what we can only assume were some very dark going ons, at the home front.
Tragically, these very same disfunctional, physcologically,inept pindejoes went on to become the part of the electoral populace that is now in charge of the big boy high school.....I.E. our government.

That being said, I must come clean and admit that I have just recently succumb to the same pressures, I have spent my entire life dispising, and became a full fledged, card carrying member of the global f.....ing glee club.
It seems my teen age son finds this mode of communication more desireable than actual verbal discourse.
The things we do for love.

Chow Gee
It's hot in Oklahoma

Well... as for me... I'd rather be fishing in the deep recesses of the Black Hills with a few close friends... going for the BIG one! Or camping and hiking with my beloved and pooches! See... I work with computers and grumbling people all week long... why would I want a sit behind a computer and do a "wall" or "tweet" continuously? Ya gotta get away get away!

Being busy isn't the problem Gee,It is finding a place here in the great midwest with hi speed.
The university has taken me under their tutalage and have permitted me to use their facility while their young-uns have all gone home for the summer.And they said i'd never make it to the hallowed halls of higher education.
Top of the world Ma
Top of the world
Thank you for the interest Gee, and I have just posted a brand new blog.

P.S. They have a fabulous gym here at the university complete with full length pool, and i'm taking advantage of that as well.

Ah yes the superstitios trucker syndrom is what you speak of Gee.
Even by dicussing it I am breaking a cardinal rule amoung my bretheren, and risk being stripped of my C.B. handle.
This tradition, or disease if you will, has it's roots in a folklorish incident that may, or may not have happened. Given truckers perpensity to eloborate slightly, (oh lets face it, we're a bunch of damn liars ) I'm thinking the aformentioned incident never occured.
Truthfully speaking, (if that is at all possible given my chosen occupation ) they are generally gifts from their kids.
I understand the reason why was not your question, rather it was if, and I choose to take the fifth.
I will say this however, i am an adamant subscriber to the time tested doctrine of "if it ain't broke, dont fix it.
You may draw your own conclusions.

Hey Gina,
Always read your blog:-)! I recently got off Facebook--I did reunite with some cousins which was great and had a 'healing' experience from an issue years ago which was beneficial, but as for the daily stuff, I find that people 'try' too hard to impress others with all they do or all the friends they have. In addition, it is downright risky as my friend got her facebook infiltrated by spam saying she was on some 'porn' page and it sent emails to all her 'friends' trying to link them which would ultimately download a virus. That was the final straw for me!! All surface stuff that doesn't matter much...who cares if someone is going out drinking or someone's kid is crying again etc etc. Just a way for all of us to somehow feel more important, loved and connected in an evermore less connecting existence.