"Violence begins with a fork" 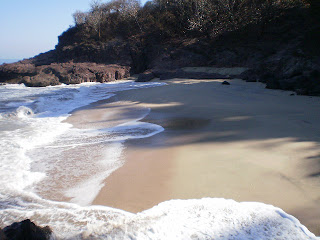 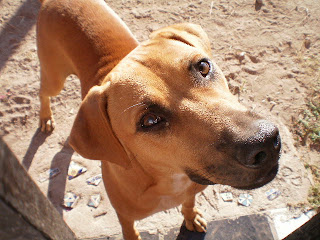 This quote is Ghandi, pure and simple and straight to the heart. You might think that being here with all the beauty of the Pacific and having a holiday I might be in less of a 'mood'. No such luck as I am indeed in quite 'the mood' . As I write this I am also making toast that I will slather with butter and give to some of the neighborhood dogs. These are not what you are thinking. These are not your typical, starving mexican street dogs...no. They are well cared for in the mexican way...meaning they are fed irregularly, never have fresh water available, sort of belong the the people at the end of our lane and are not intentionally, physically abused. As good as it will get for them and not bad. 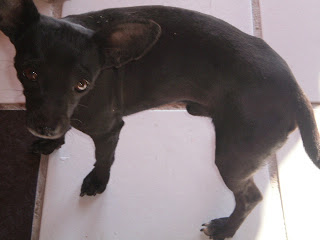 So, I give them some little treats because I can. The first time I put water in a bowl and offered it they looked at me like I was trying to poison them. They backed off and cowered. Then the big one bravely approached the bowl and sniffed. Let's just say they were a wee bit thirsty. I am doing a lot of thinking and ruminating and coming to many of my usual conclusions regarding, well just regarding everything. I am having trouble finding the right words to share. I don't want to preach but I do want the people I know and love to think. This quote below was at the end of a book I just finished reading. It speaks to me and I hope it speaks to you. "Isn't man an amazing animal? He kills wildlife -- birds, kangaroos, deer, all kinds of cats, coyotes, beavers, groundhogs, mice and foxes by the million--in order to protect his domestic animals and their feed. Then he kills his domestic animals by the billion and eats them. This in turns kills men by the million, because eating all those animals leads to degenerative--and fatal--health conditions like heart disease, kidney disease, and cancer. So then man tortures and kills millions more animals to look for cures to these diseases. Elsewhere, millions of other human beings are being killed by hunger and malnutrition because food they could eat is being used to fatten domestic animals. Meanwhile, some people are dying of sad laughter at the absurdity of man, who kills so easily and so violently, and once a year sends out cards praying for 'Peace on Earth'" - C. David Coats 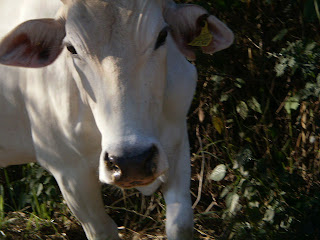 Humans are the only hunters who kill when not hungry."
- - STEVEN SPIELBERG

"Nothing will benefit human health and increase chances for survival on Earth as much as the evolution to a vegetarian diet." --- ALBERT EINSTEIN

"If man wants freedom why keep birds and animals in cages? Truly man is the king of beasts, for his brutality exceeds them. We live by the death of others. We are burial places! I have since an early age abjured the use of meat." --LEONARDO da VINCI

I've always said that humans were a mistake. We don't fit. We're the only creature that does not fit into our "ecosystem". Instead, we destroy it. We just don't make sense. But that's blasphemy to too many people, I don't know why; I never said we were God's mistake.

Sorry you're in a mood, but I understand. It's certainly easy to be overwhelmed with humanity's deep shame and countless faults.

Don't let it get you down, it does enough damage as it is!

What I think is very interesting is that these words fall from the very mouths of individuals who, at some point in their lives, housed, and probably (as I've read on blogs) savored, the very flesh of these beasts. I'm a carnivore however I find the killing, and human consumption, of plants life is not only way easier on a "I can do that" basis, it's healthier, AND you can eat way more....

I AM learning... but everyone tends to forget that even a plant has a life, and what that plant does for our lives, before we ingest it, is not only amazing... it's a miracle. They are truly the only non-violent life source. Most plants are "the only living things that consumes non-life(elements/gas and chlorophyll, but even they have their rogues...aka the Venus Flytrap) in order to live", thus making the rest of us...killers.

So strain a gnat to swallow a camel, but call a spade a spade... it is what it is... there is a circle of life. The cheetah doesn't live without the gazelle, everyone honors and almost worships "nature" but yet they are so unwilling to accept that they are part of nature. What we are doing with fossil fuels is far worse than killing and consuming an animal, in my opinion. But, I feel you, "free range" is way high on my list these days... eat an animal that had a great life, and ONE bad day rather than the unfortunates who are "bred to die". That being said, if someone else wasn't killing it for me to eat, could I kill it? I don't know, I've never had to. All bets are off if that changes. All we are given in this life is a gift. We have all felt it when we eat... a delicious red bell pepper, a savory piece of range free turkey, or a cold cup of Italian ice on a hot day. Everything needs to eat to live and, unfortunately, it usually is at the demise of another.. a vegetable, an animal, ... and there is the miracle. Life gives to life. So DANG IT!!! Bon Appetit!!!