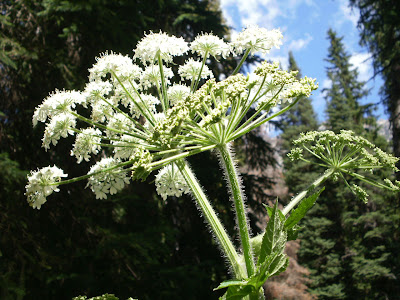 My father died 26 years ago today. He was really quite young. Only 55 years old. At the time I didn't realize quite how 'young' that is. I do now. I feel like I hardly had time to know him. Like, he had hardly enough time, period. He was a solid, quiet presence in our lives. One that I never ever considered wouldn't be there, until the day he suddenly wasn't. I remember saying goodbye on a Sunday evening and making arrangements to see eachother again the next weekend. Then, there was the middle-of-the-night call, just 3 days later. It was my Aunt on the phone at 3:30 am Wednesday, March 20th, 1985. When she told me the news, I hung up on her. It just could not be. But, indeed it was. It was the sudden, unexpected nature of his death that was the big shocker. But, I know now that, that is the case much of the time My father was a good guy. He always, always worked hard. He didn't take 'vacations' like other dads did. When he had time off of work, he did things like put on a room addition or re-roof our house. Of course we (me, my sister and my brother) whined and moped because we had to help. (typical) He trusted us kids completely. He provided us with everything we needed on a very meager paycheck. I know because I used to go to the bank to cash his paychecks for him on Fridays after I got my driver's license. It was a few bucks and some change. At the time I did give it much thought but now, I can't imagine how he and my mom did it. Lucky us. Lucky me. Lucky anyone who has, or has had, a great dad.
Posted by Cowgirl at 16:34

. . . . Any man can be a father, but it takes someone special to be a dad!
I miss my Dad. He was like no other. It doesn't matter if they leave suddenly or gradually fade away, they leave a hole in our hearts.

I love my dad, as you. He's a crazy "steamer" kind of sales guy. My dad is here still, and I cherish my time with him. Your dad sounds like a real stand up guy. I never knew him but I know he raised a stand up girl... and that somehow makes me know him. He taught you to work hard, and be honorable, and to teach those around you (even if they complain).

It's a passage we all must take. Some believe it ends on this land and some believe otherwise. We all know who we are, and where we stand on this subject. All I can say is..."All this...and Heaven too????" For me, it is a hope so solid I can't explain, because I believe.

Love you my friend. I'm sad you lost your dad way too early. I'm glad he was your dad and helped to make you who you are.

Kathy... I gave that plaque to my dad when I was 12. It does take someone special to be a dad.

My parents are two of my greatest and best friends.

I am truly blessed.

Beautifully written Gina. For me, it was March 3rd, 1991. 20 yrs this year...she was 43...I will be 43 this year...this could be my last year on earth as it was hers...how I miss not having a mom...she was beaten both physically and emotionally and did all she could to save us kids from being beaten. Her spirit eventually broke though and she left us all too early...yes, I feel the pain of a lost parent oh so young...and this year I feel it even more knowing this is all the time she had on earth. My brother only 11 at the time and my sister 19. No father either as he was to blame...but we make it through and their spirit shines on through us. I have to live my life to make it worth all the pain she endured to allow me this great honor:). Thanks for sharing...

(reply)
Yes, Scarlett is a little peanut! Only 40lbs and it's all packed into her little puppy-sized body! I can't believe I have such a little dog!!

Things are getting out of the darkness I think, just need sunshine and to rid myself of this head cold. ugh!

Aw. I'm sorry I wasn't here to read this sooner. Big hugs to you. Your dad is smiling down on you from above, feeling proud for all you have accomplished. Hugs.